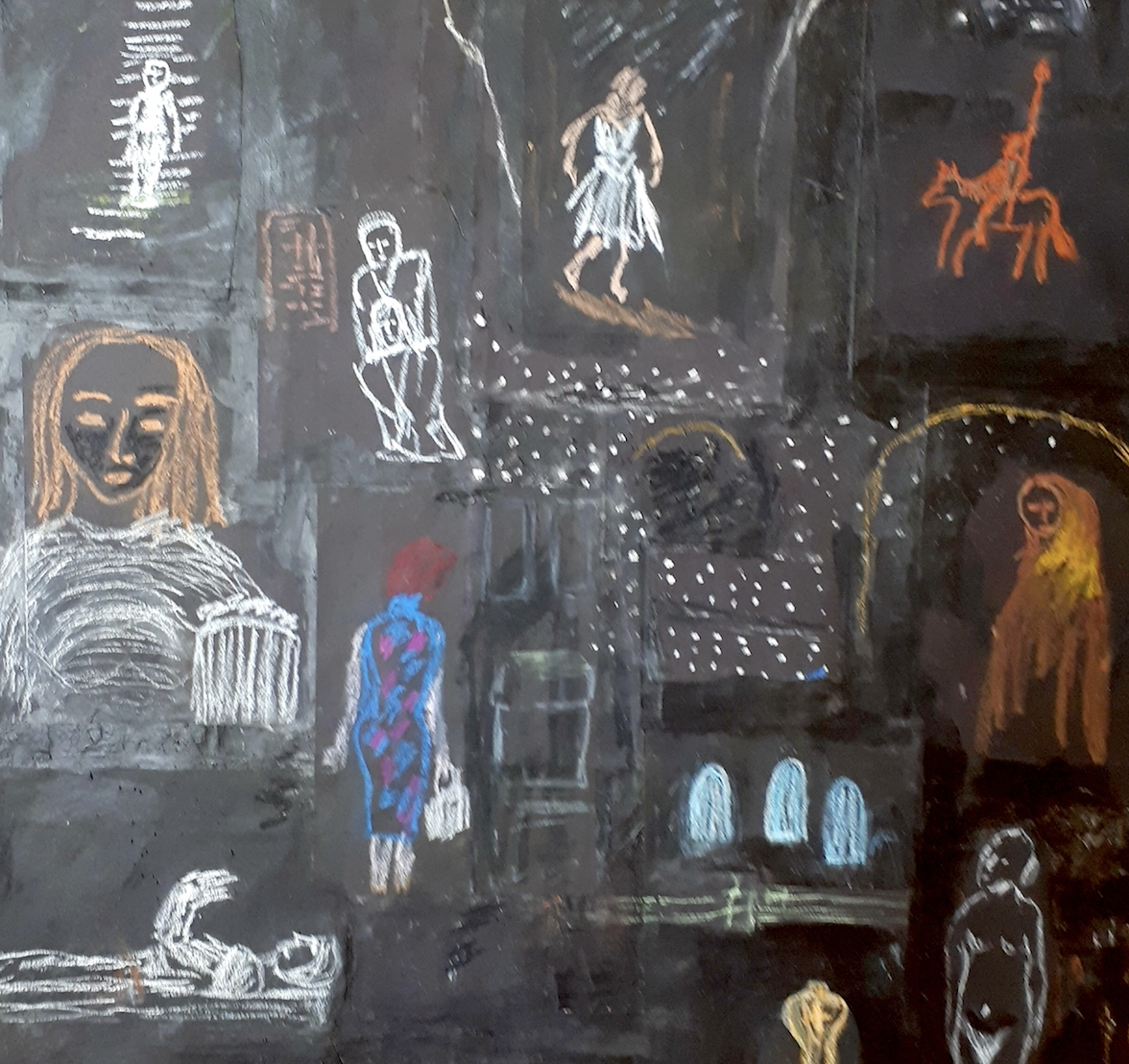 While I was working on the Mother’s Comb series of paintings in my artwork, I found that I started to uncover issues that had always been present in our relationship. I think her disapproval of me being gay and not wanting me to come out was a kind of unspoken dialogue we had growing up. She was very repressed by her family and kind of passed that on to me. I took on some of her repression and didn’t realize I was acting it out in my own life unconsciously. I also think that growing up in the family I did where the men were very dominant impacted both of us a lot.

Women were not seen as very important except to be the kind of handmaidens of men. They were there to serve and defer to men. In the mother’s comb series I started to explore the mother’s unconscious wish ( my mother’s wish) to repress my sexuality and queerness and her unspoken message to follow the path she had which was to get married and have children. So there are lots of images of the mother with her magical comb….a symbol also of her hair which I associate with sexuality. And my mother had a thing about her hair….Her hairdos were legend. She spent a lot of time on her hair. Then there are images of naked women in the artwork, forbidden fruit as it were, and images of a woman on a journey which includes, owning who she is, coming out, defying the conventions of society and searching for meaningful relationships. 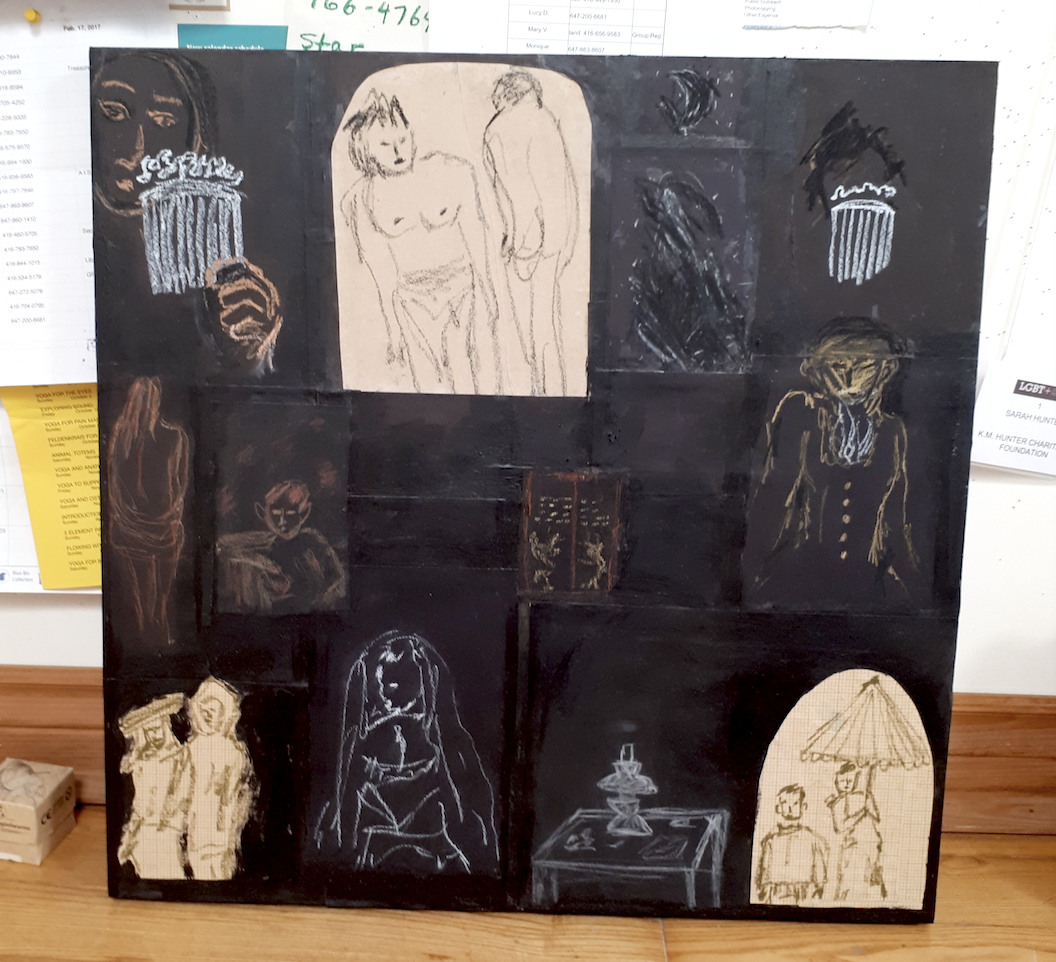 There are also images of couples embracing, they could be two men or two women it’s not always clear and images of the aging father and husband of my mother who is also somewhat ambivalent about the journey he witnesses that his daughter has embarked upon.

I had been struggling with the final painting in this series and then one day put three tombstones into the picture.  When I finally added these three images I realized it was about the deaths that had occurred in my family in the last two years. My mother, her sister my Aunt Alison, and a dear friend in England all passed away within 6 months of each other. The piece started to come together once I added the tombstones. Then as a kind of final gesture in the piece I placed a fourth tombstone in the painting, larger than the others and my dad passed away in the next few days….so I realized ok, I see this is about processing my mothers’ death but also the imminent passing away of my father as well. My dad died two days before my mothers birthday two years after her.

I also think this series is a way of processing the relationship I did have with my mother, which really improved in the last few years of her life. She made a lot of amends to me at the end of her life and we were on good terms when she died. Prior to that time we were not close and I always felt I wanted to get close to her but couldn’t somehow. She stayed a mysterious person to me most of my life, someone I wanted to be close to but it was very difficult for her to open up and share herself with me. 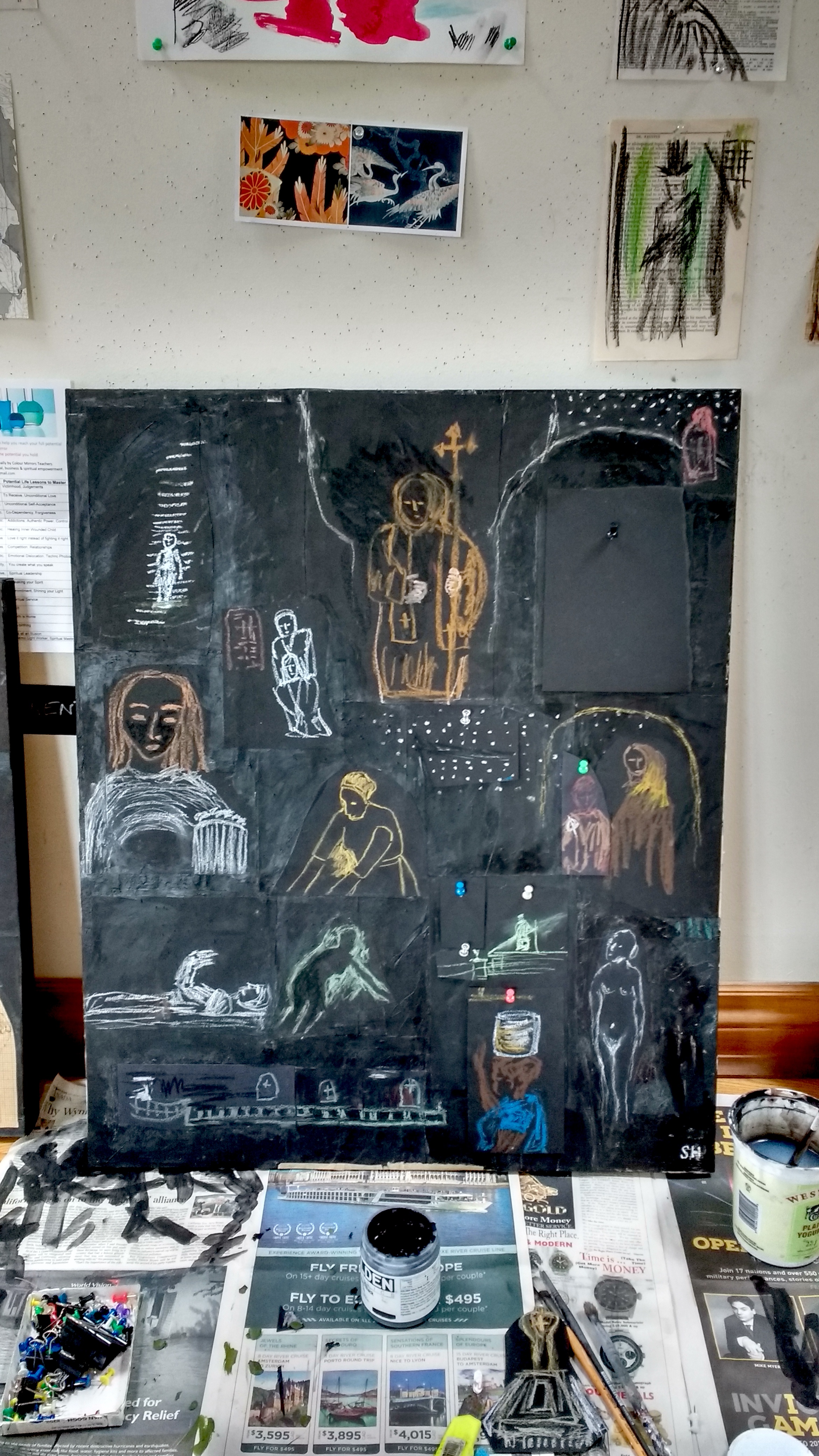