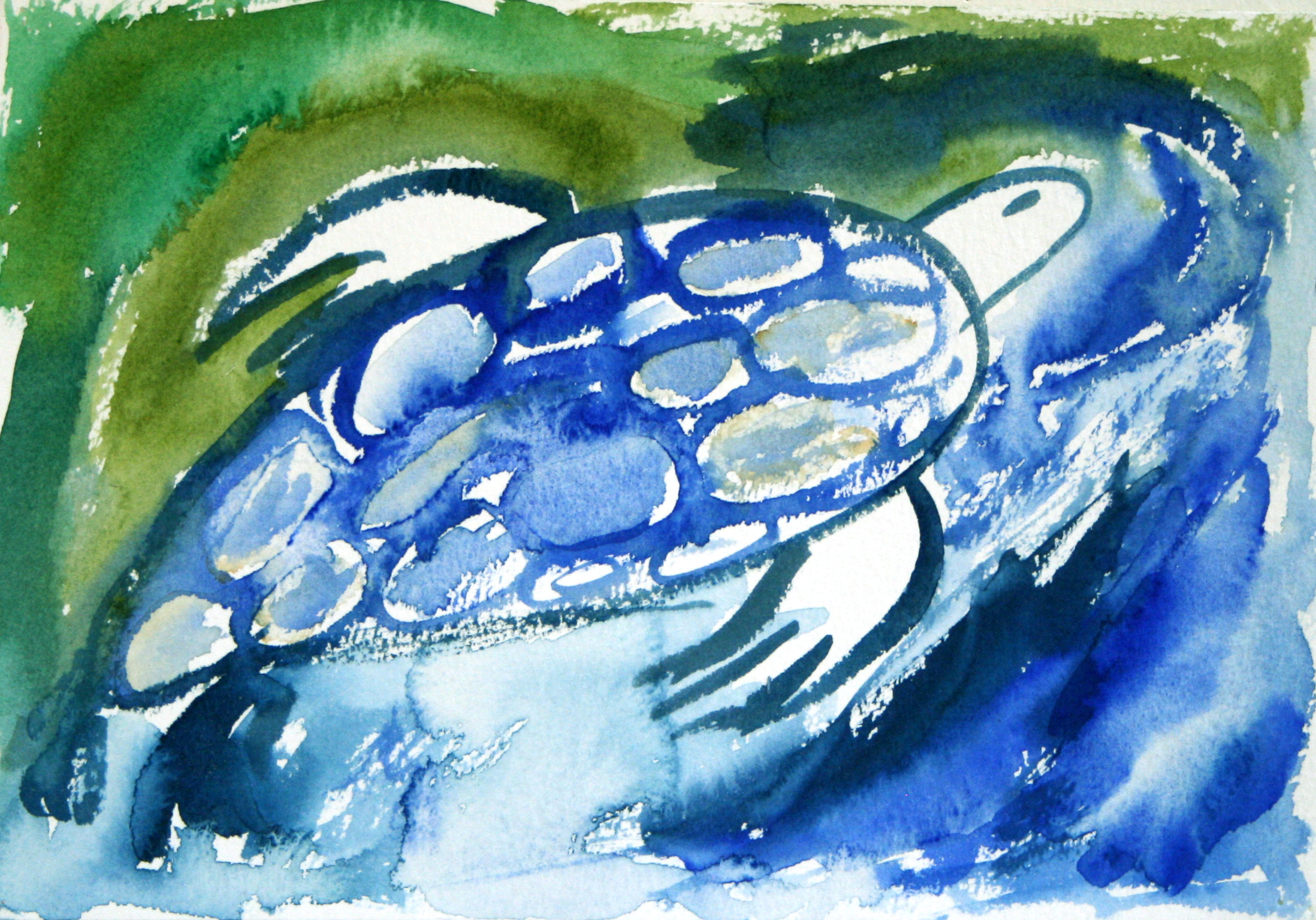 “Take a walk with a turtle. And behold the world in pause.” –Bruce Feiler

Ever wondered why turtlart is turtlart? Sarah Hunter chose the symbol of the turtle for her art practice and art business when she first started her career as a professional artist in the late 1980’s. She chose the turtle partly because of the old saying from Aesops fable of the tortoise and the hare, slow and steady wins the race.  Sarah wanted to grow her art work and career slowly and with intention.

The symbol of the turtle is an ancient one and is one of the oldest symbols in art. In China the turtle was seen as a symbol of uniting heaven and earth. It was seen as an invitation for blessings from both the heavens and the earth.

Turtle is a symbol of mother earth in many Native traditions and the turtle was believed to carry the world on it’s back. This is how North America came to be known as turtle Island among many indigenous cultures. The turtle is also associated with fertility, women’s sexuality and creativity.